skip to main | skip to sidebar

"In My Blood" has been released 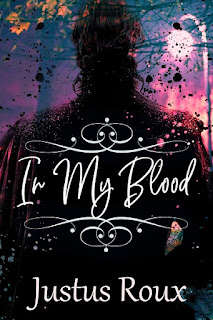 “When I look in the mirror I see him. When people look at me, they see him. I’m not a newer shinier version of him, I am me. I saw the way you looked at me when you first met me. You saw him, not me. How am I going to prove myself in his shadow?” -Garrett

Garrett’s training was almost complete and soon he would be named Master. He was eager to start this new part of his lifestyle. Master Brutus was never going to hand over Bree until Garrett had proven himself worthy of her.  Kane, the man Master Lash was having help Garrett with his training was becoming attached to Garrett.  And Garrett was falling deeper in love with Master Lash, which was only going to lead to heartbreak because Lash was already in a long-term relationship.  Then there was the matter of trying to come out from his father’s shadow. Everyone in the lifestyle knew and respected Master Drake. Would Garrett be able to live up to expectations people placed on him for being Master Drake’s son?
Posted by Justus Roux at 9:08 AM No comments: 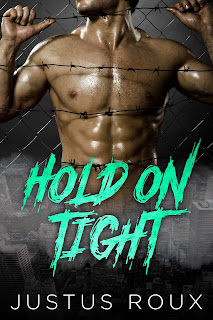 Autumn had always been the cautious one, while her twin brother Garrett never seemed afraid to dive right into anything.  He knew that he was meant to be part of the BDSM lifestyle. She had no idea if she wanted the BDSM lifestyle. She was happy in the protective bubble her father had placed her in. Until her heart couldn’t take the pain of Liam’s rejection anymore. Lara, a friend, and colleague offered for Autumn to come to stay at her Master’s home so that Autumn could help her with a difficult case. Autumn agreed wanting to put distance between her and Liam.  Everything seemed like it was going in the right direction. She could focus on her career and figure out a way to forget about her feelings for Liam. She was eager to work with Lara, then she saw Lara’s Master. She remembered his beautiful grey eyes and the way her parents would seem nervous around him when he visited their home.  She also remembered his title, the Master of Pain.  Being around him evoke feelings in her that she didn’t understand.  Her first instinct was to run back home, yet she was determined to help the girl Lara entrusted her with. She would ignore all else and focus on her work. Yet, that was proving easier said than done.

Posted by Justus Roux at 4:00 PM No comments: 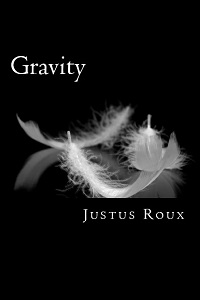 Smashwords
https://www.smashwords.com/books/view/750698
Posted by Justus Roux at 9:47 AM No comments:


Hello Everyone,
I want to wish all the dads out there an early Happy Father’s Day.

I know it’s been awhile since I have sent out a newsletter. I have been busy switching over to a new newsletter service, which hasn’t gone smoothly at all.

I have also been working on the newest Master Series book “Gravity”.  This book is being difficult. For the first time I scrapped the entire book and started over. The book felt forced. I wasn’t letting the characters lead me in the story I was forcing the storyline. I wasn’t going to release a book that I didn’t feel would fit the series. When I figured out what was wrong I began writing it again. I’m so glad that I did.  I am shooting for a late August release for the book.

Posted by Justus Roux at 9:53 PM No comments: 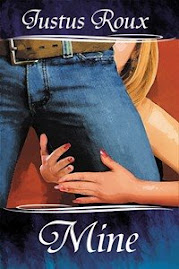